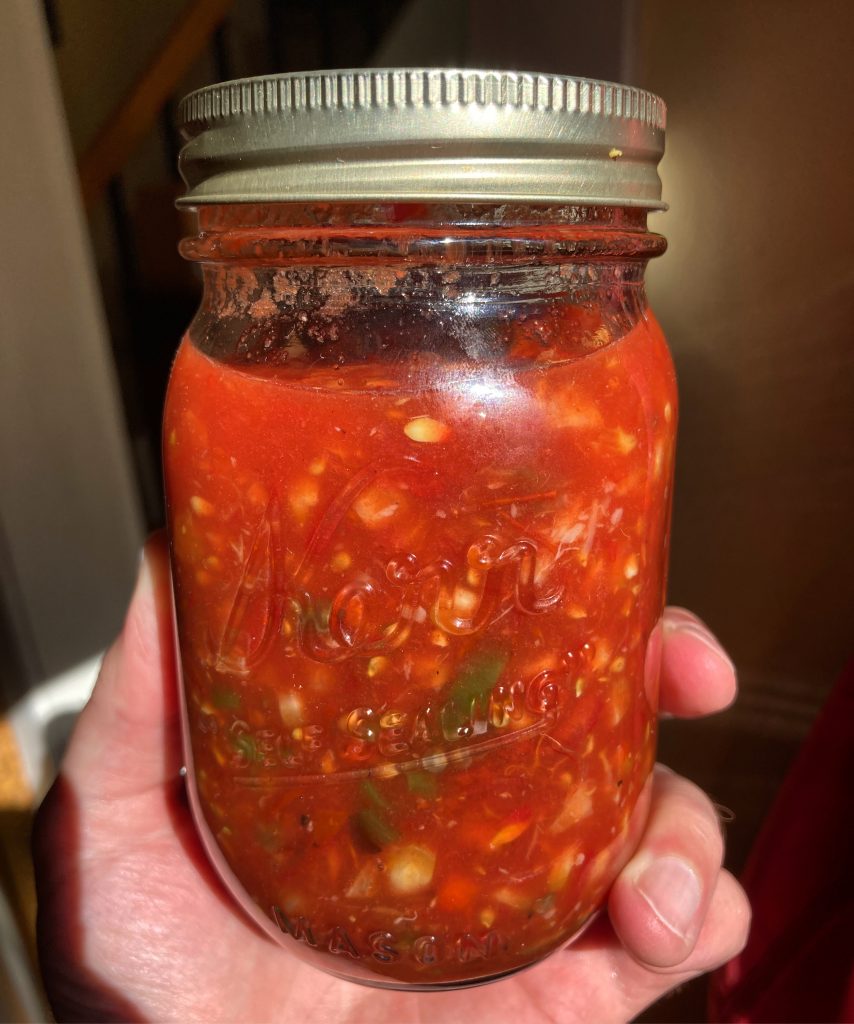 For the past couple of summers we’ve been members of a local CSA, and this summer we’re back to trying our hand at growing vegetables in pots in our backyard as well. (We’ve learned that we can basically grow herbs, cherry tomatoes and — especially — chili peppers. Oh so many chili peppers.)

This week we got some corn on the cob and a bunch of tomatoes, plus a head of fresh garlic, from the CSA (amongst a bazillion other things… August is when the CSA boxes really start to get heavy). And our backyard banana peppers and jalapeños are nearing their peak as well. This morning I wanted to make myself a breakfast burrito, as I often do, but I got sidetracked turning all of the above into a roasted corn salsa. I was totally winging it, but the results turned out pretty tasty, so I decided I should write up the recipe. Here goes!

This salsa tasted pretty good right away, but it will get better after it’s been in the fridge for a few hours. I should also note that I didn’t use cilantro, because we didn’t have any on hand. The salsa doesn’t really need it, but if you have it, I would use it.